All the popular yachting exhibitions and sales events in United States, the most visited one remains The Palm Beach Boat Show. It has been taking place at the end of March, every year, in Palm Beach, FL., in Florida since 1985.

There are 329 yachts for sale tagged in the MLS at the Palm Beach International Boat Show 2016 with an estimated total value of $751,114,159 available inventory.
END_OF_DOCUMENT_TOKEN_TO_BE_REPLACED

Luxury Yachts at Their Finest: The Westport 125

2016 celebrates US shipyard’s Westport’s 50th birthday: 50 years and 50 stars on our American flag, the United States’s ever-known flag always remembered globally as “the stars and stripes” for its look and feel. The celebrations for the 50 years of the ship-building, which is located in Washington State with a business ID prominently combining our nation’s colors and a “Made in the USA” logo, will include the traditional birthday cake, but also a gift made for an event important as this, in the way of a series of luxury motor yachts that are brand new, the Westport 3800 Series, created last year – most likely to the sound of our national anthem “The Star-Spangled Banner” as is typical on the largest occasions. This newest series is also known as the W 125 | 38 M Series, and it shows the innovative next generation of the ship-builder’s product range, introduced with the presentation of the first model: the Westport 125 RPH (raised pilothouse). This newest type of model was greeted with immediate applause, and the first ship is now being constructed at the ship-builder’s facilities. This includes three different yards in Westport, Hoquiam and Port Angeles, all in the Seattle area along the Northwest Pacific coast. As this well-known ship-builder’s motto unequivocally states, the next generation is also “designed, engineered and hand built in America”, but it shows an enormous evolution in Westport’s production, which is creating a substantial corner to take on a role with considerable strategic and commercial importance on the global market. The new series has certainly been conceived with the typical modern American client in mind, but at the same time it also has an eye to a contemporary international clientele from Europe, the Middle East, Russia, and China. After many years of experience and successes in the ship-building sector achieved with highly-developed technologies and the use of advanced composite fiberglass, Westport has continuously improved its construction process for the new W 3800 Series as well as optimizing the structural engineering with the goal of augmenting performance on the water and operating efficiency, and providing more room on the ship both inside and out. The build of the W 125 | 38 M Series therefore benefits from the latest production technologies: the hull, superstructure, and decks are of foam-cored composite construction with E-glass reinforcements in vinylester resin; the core material and density varies throughout to optimize structures, whereas the structural framing combines E-glass and carbon fibre reinforcements in vinylester resin.

The Aesthetics of the Westport 125

The rear deck has an open-air lounge and a sun-bathing area with sun pads. The raised pilothouse is put out with two pilot’s chairs and an observation couch for guests. On the main deck, to aft there is an area for eating with a bar for drinking, which is attached to the salon through sliding glass doors. The salon is divided into a living room and a dining room, while the galley is located in the middle of the ship including a casual breakfast nook. A lobby with a day head leads to the full-beam owner’s suite occupying the forward section of the deck, which has his and hers bathrooms, his and hers wardrobes, and a master stateroom with a king-size bed. Toward the middle of the ship on the lower deck, a lobby leads to the guest area, with four guest staterooms each with an en suite bathroom and a queen-size bed. On request, one of the staterooms can be turned into an exercise room. The crew quarters comprise a crew mess and three cabins, each person has their own bathroom: one captain’s cabin with a double berth and two crew cabins each with two foldout berths. To aft, the beach club faces out over the extendable swimming platform and has a bar for drinking and relaxing, and a shower / day head. In the interior design created to measure for the new Westport 125 RPH, the inside of the ship benefits from natural light from the outside and artificial light created by LEDs. 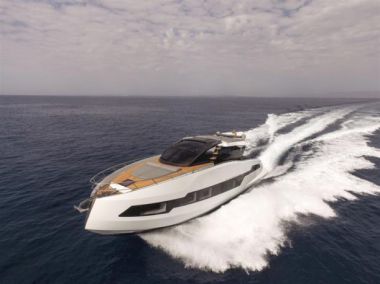 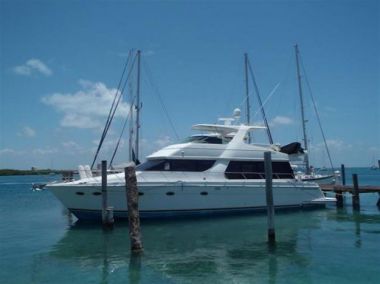 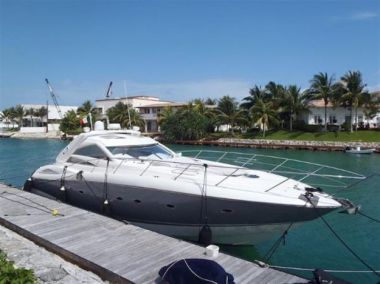 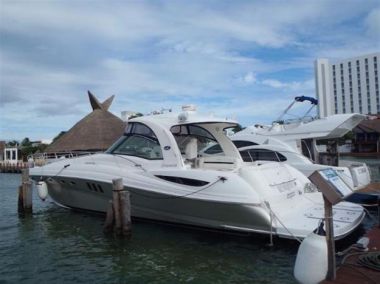 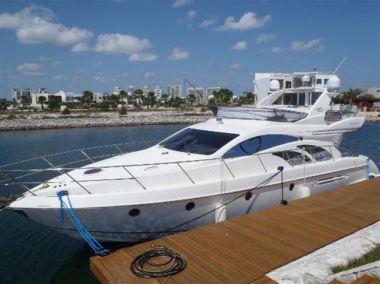 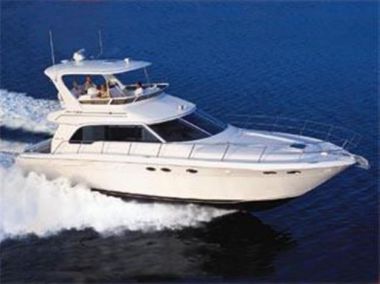 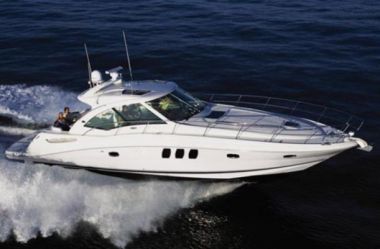 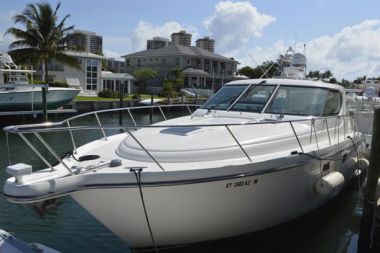 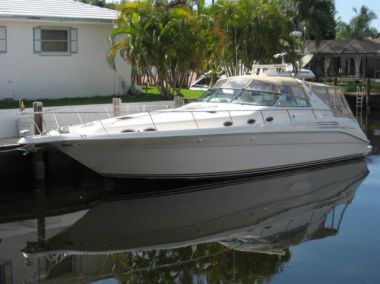 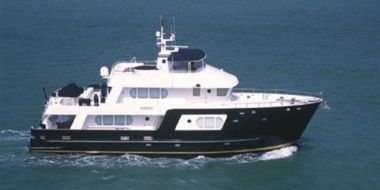 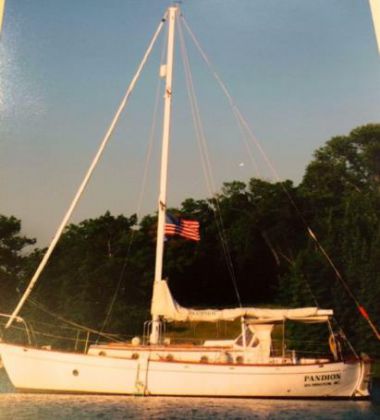 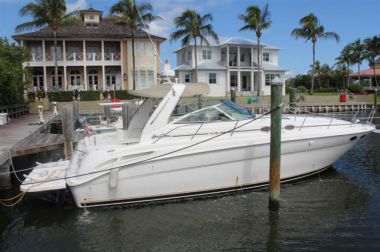 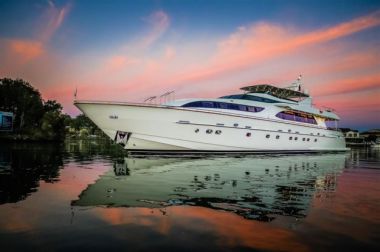 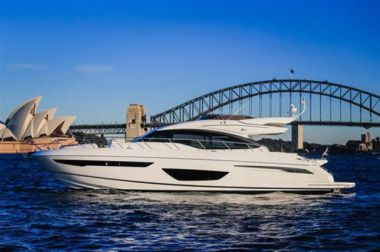 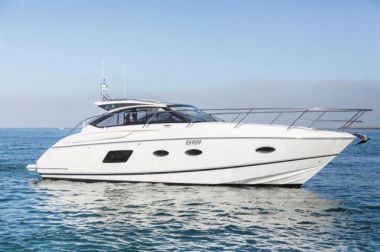 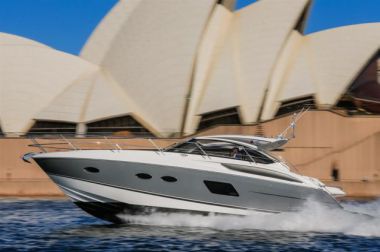 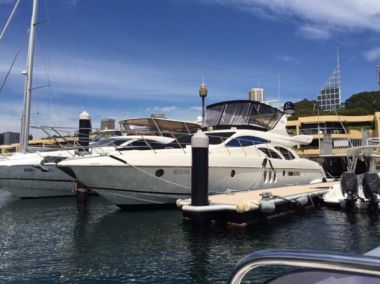 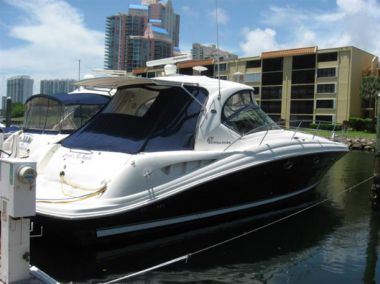 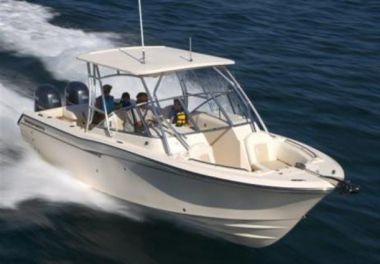 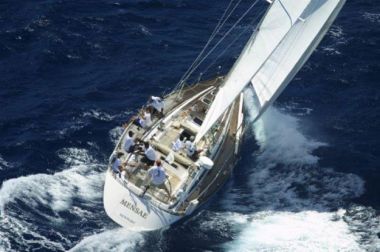 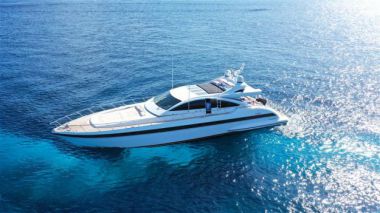 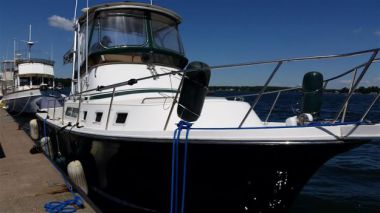 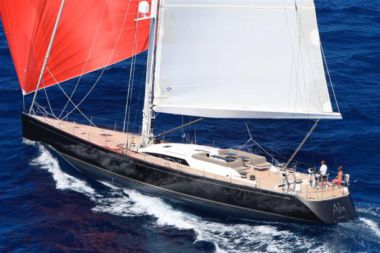 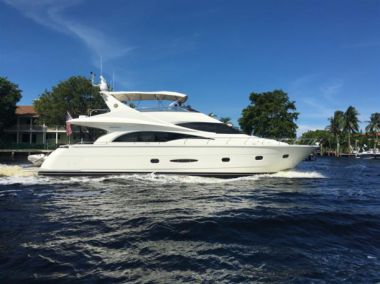 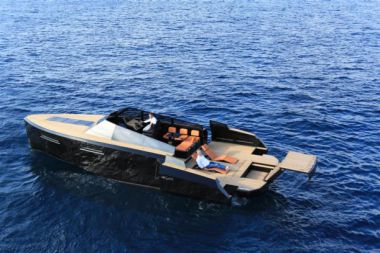 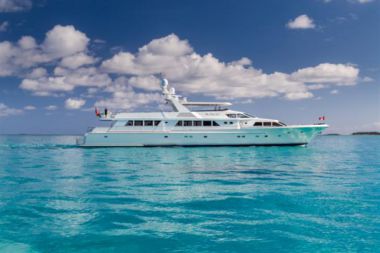 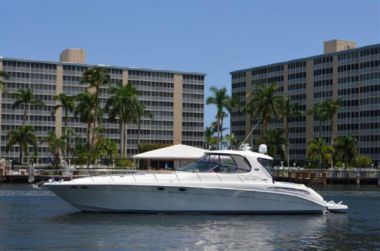 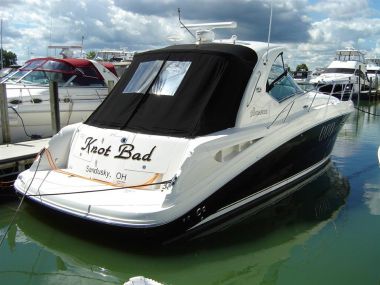 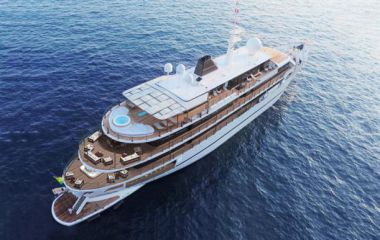