"Marazul" is a strong, seaworthy design that has many features only found on larger yachts. A raised pilothouse design, she features a large beam (24") with walkaround decks, huge flybridge for entertaining with a 6,000# crane.

A fully functional cockpit for fishing and water sports (note livewell and aft control stations), plus an enclosed aft deck area and a sun-loving foredeck area.

Her accommodations include an on-deck master stateroom with 4 staterooms below plus crew. She is a blue-water, transoceanic design rarely found in yachts this size.

She is ready to cruise anywhere with a fresh paint job and interior upgrade as well as a complete mechanical, electrical and equipment refit by a knowledgeable owner; making her a bargain by yachting standards.

Guest quarters are accessed via a stairwell by the galley. To port and forward is a convertible office w/pullout sofa. Opposite is a guest stateroom w/a pullout queen lower and a twin Pullman berth. These two rooms share a head w/stall shower. Aft to starboard is an ensuite stateroom that allow twin berths to convert to a king centerline. To port is an ensuite, centerline queen stateroom. A linen closet is in the hallway.

Located forward of the salon and dining room to starboard. It is commercially designed with gourmet preparation for large parties in mind. All stainless-steel surfaces and appliances with good flow and accessibility and plenty of under-counter storage. On-deck entrance starboard side.

The covered aft deck has a large seating area (all new Sunbrella upholstery – 2008)) with opposing stairways to the cockpit. A large cockpit features a new Pompanette fighting chair and a stainless ladder to the aft flybridge. The foredeck has two seating areas (deck storage beneath). The flybridge features a large, U-shaped settee (all new Sunbrella 2008) with a table under a large Bimini top (all new w/stainless frame 2008) and another

The lazarette is accessed via Freeman deck hatches and houses components for the Atlas shore power converter. New blowers and a fresh coat of paint have been installed.

The engine room is accessed via a watertight door in the cockpit. All equipment is easily accessible. Also featured are (2) new FRP workbenches, new perforated sound down ceiling panels.

All hoses and plumbing, valves, thru-hulls, injectors, etc. were completely gone through (with many replaced) 2008. 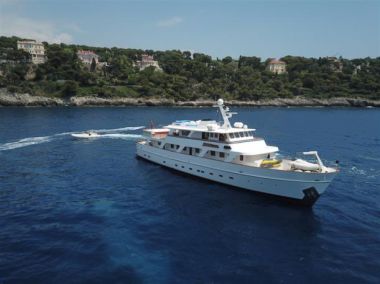 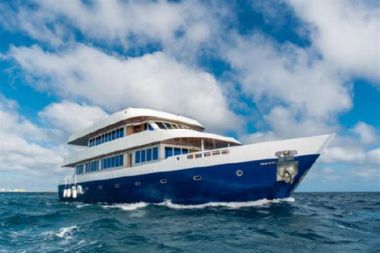 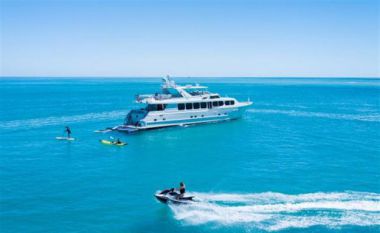 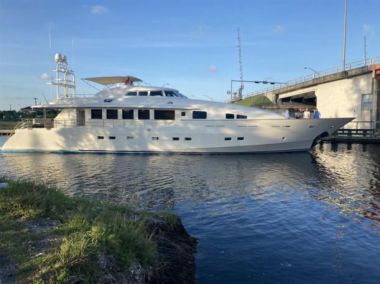 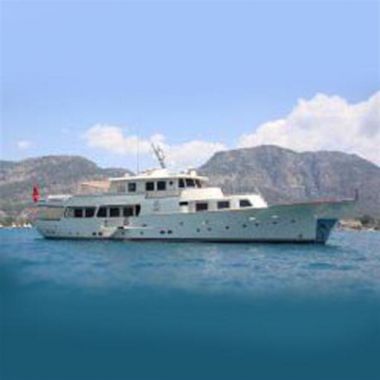 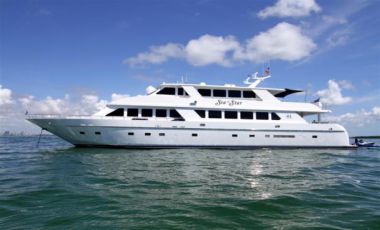 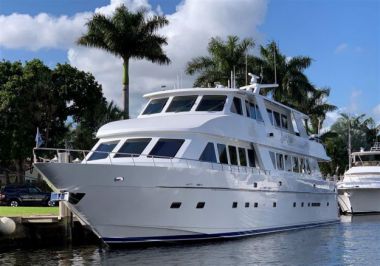 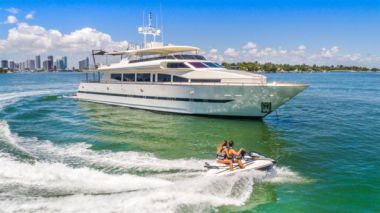 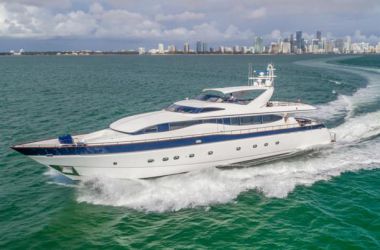 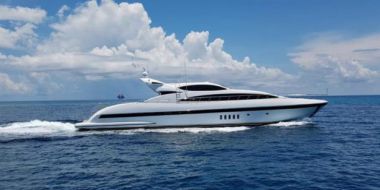 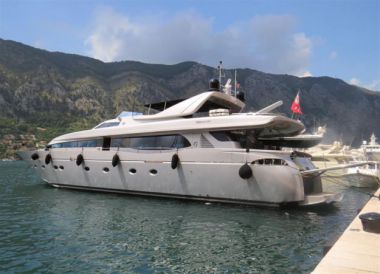 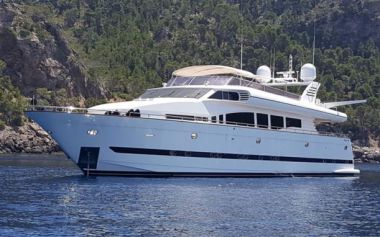 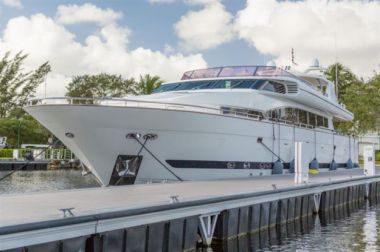 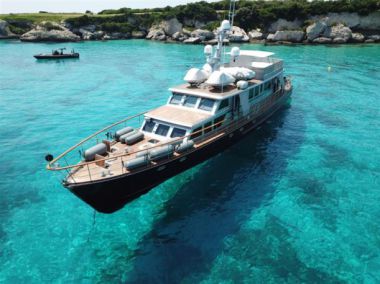 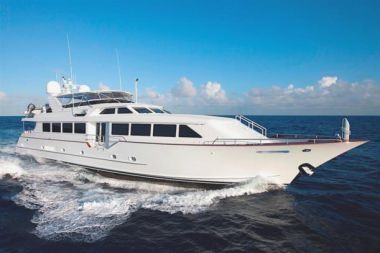 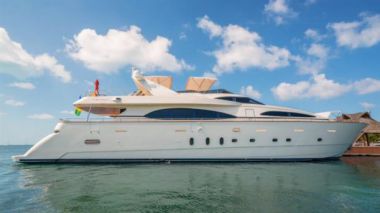 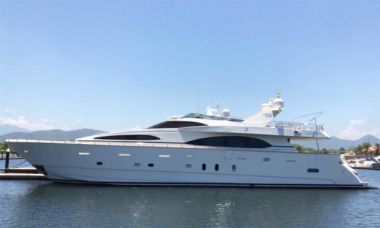 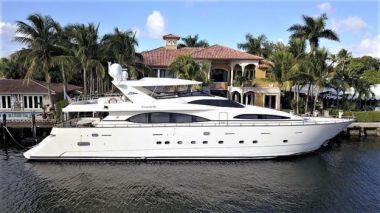 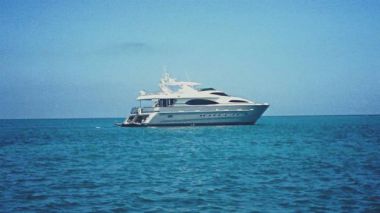 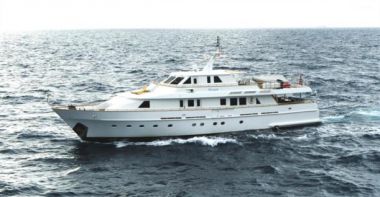 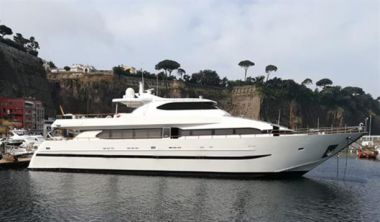 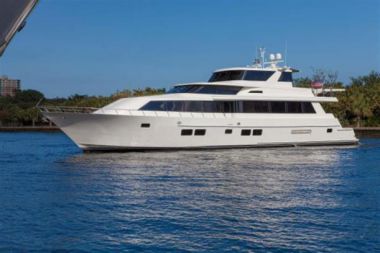 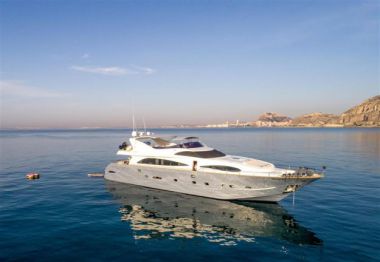 Learn more on the “Search results”